This is useful for SEO so all your ranking gets added to one url and not divided between two.

Use the following example to create a redirect from any incoming domain to your www sub-domain:

To use this method you need have mod_rewrite installed and enabled on Apache web server and you need to be able to create a custom .htaccess file.

A few things to note, the NC means that the regex is not case sensitive, R=301 means that this redirect will return an HTTP status code of 301 Permanent Redirect (search engine friendly), and the L after that means that no further rule processing should be done.

I’ve been working more and more with jQuery and plugins that go with it and it can be a pain to keep going back to the code and adding another <script> tag for each of these and then removing it again when you find out it isn’t quite what you needed.  I came up with a solution to look in a “js” folder and create the correct tags for loading the files.  Then i extended this to do CSS files as well.  All you need to do is drop js/css files into “js” and “css” directories and the page you have placed the PHP code onto will load those files.  To disable a file, just delete it or move it into a subfolder. Oh, you are worried about loading order you say?  Since readdir() lists the files in alphabetical order you can rename your files using numbers (01-jquery.js, 02-jquery-plugin.js, 03-global.js, etc.) to adjust the loading order.  If you find any issues leave a comment to help others figure it out.  Hope you find it useful in some application.

This code will not search subdirectories for files to load.  This code also doesn’t help when you are using a WYSIWYG editor such as Adobe Dreamweaver that will look for JS/CSS links in the HTML header and load the files.  These programs don’t run the PHP code and therefore don’t know what JS/CSS files are suppose to be loaded. You may need to adjust the path to the “js” and “css” directories based on the location of the page you enter the code onto. 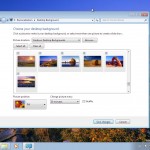 While working on a magento e-commerce website i found that customers were receiving the “unsecure items” warning during the checkout process.  I used various tools to find the offending item, but was unsuccesful, nothing would tell me what this “unsecure item” was. One thing that i had ignored but suspected was a reference in Firefox’s “View Page Info” window under the media tab.  The address column identified it as “data:image/gif,AAAA” and the size was “unknown” and the type was “image.”  I investigated this item further and found a reference to it inside the lightbox CSS file used as a background-image to create some workaround for an IE issue with the lightbox.  I replaced the base64 background-image reference with a spacer GIF file url, updated the magento cache and voilà, no more unsecure item warnings in IE!