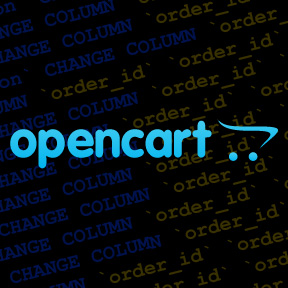 Note: The following method has been tested on OpenCart v1.5.2 only and I can’t say how it will behave on other versions.

Update (7/9/2014): This method does not work on OpenCart v1.5.4+. OpenCart is now converting the large order number into a smaller integer before it is written to the database thereby breaking this method.

First things first, you should take this opportunity to backup your OpenCart database in case something goes wrong.

After eliminating the other integer data types I turned to the BIGINT UNSIGNED datatype which can contain order numbers up to 18446744073709551615.

To make use of this datatype you will need to run some SQL queries to alter some columns in the database schema. If your install has a table prefix setup adjust the queries as necessary.

Once again, if your install is using a table prefix, update the query as necessary.

Hopefully in the future the OpenCart developers will recognize that some need to use very large custom order numbers and adjust the install database schema so that we don’t have to hack the tables. But until then this is what works for me.